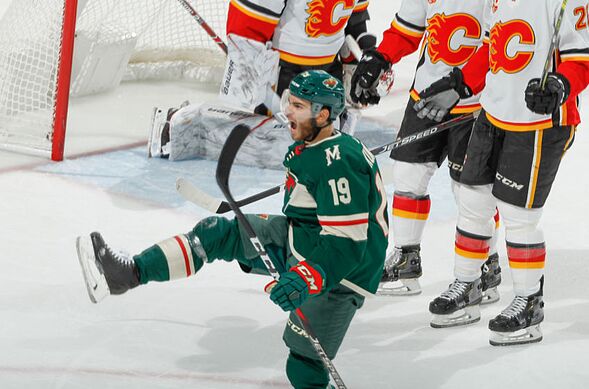 SAINT PAUL, MN – DECEMBER 23: Luke Kunin #19 of the Minnesota Wild celebrates after scoring a goal against the Calgary Flames during the game at the Xcel Energy Center on December 23, 2019, in Saint Paul, Minnesota. (Photo by Bruce Kluckhohn/NHLI via Getty Images)

On the Eve of Christmas and one day after Devan Dubnyk’s first shutout since March 7th, it’s difficult to make a list of what the Wild could want right now. Cynical fans might want an out to the Suter and Parise contracts, but Suter is currently tied for second in points (24 with Zucker) and Parise is fourth (22), so we’ll politely ignore that request. So what do the Minnesota Wild really want? 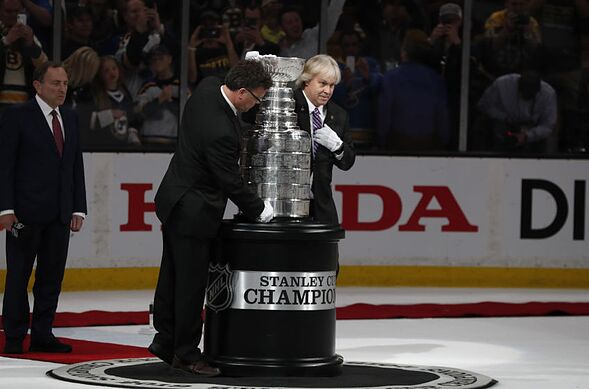 BOSTON, MA – JUNE 12: The Stanley Cup is brought out after Game 7 of the Stanley Cup Final between the Boston Bruins and the St. Louis Blues on June 12, 2019, at TD Garden in Boston, Massachusetts. (Photo by Fred Kfoury III/Icon Sportswire via Getty Images)

Everyone wants the Stanley Cup. 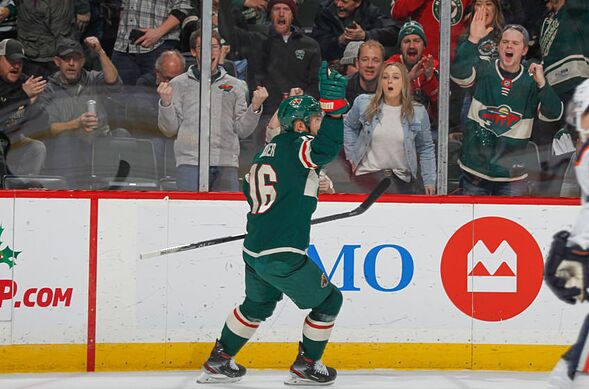 SAINT PAUL, MN – DECEMBER 12: Jason Zucker #16 of the Minnesota Wild celebrates after scoring a goal against the Edmonton Oilers during the game at the Xcel Energy Center on December 12, 2019, in Saint Paul, Minnesota. (Photo by Bruce Kluckhohn/NHLI via Getty Images)

The Minnesota Wild’s improved play hasn’t come without a cost.

Mikko Koivu has been out with a lower-body injury since December 3rd, two days after his 1000th game played.

Greg Pateryn hasn’t played NHL hockey all season, after missing two months recovering from a sports hernia, he re-injured himself during his conditioning stint with the Iowa Wild.

Jason Zucker is out four to six weeks recovering from a fractured fibula.

From the top of the roster to our depth defenseman, the Wild just needs everyone to get healthy. If they could, they’d be extremely dangerous. Plenty of depth and rested players go a long way.

Think of all the use the Wild could get out of a time machine.

Just this season, they could go to April 30th, snag Kaprizov, and return to Training Camp and have him play the season with the Wild.

We can just ignore the implications of messing with the past or future.

The Minnesota Wild have allowed 126 goals this season, which places them 28th out of 31st, only ahead of the Detroit Red Wings, New Jersey Devils, and San Jose Sharks. Now, this largely because of their poor start to the season (45 goals in October compared to 37 in November), but we could still see improved play in the defensive end.

This isn’t to say Kaapo is the best goaltender of the three, but rather display the need for improved play in net. Both Duby and Stalock have played almost triple the minutes Kahkonen has.

A common complaint I had at the beginning of the season was that the skaters have to do a better job defensively in front of the net to prevent goals, and it looks like they have. They currently have the fourth lowest Expected Goals Against % (58.01), behind only Pittsburgh, Nashville, and Columbus (weird?). 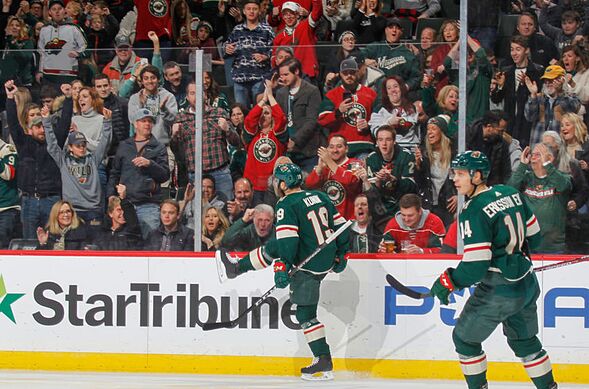 SAINT PAUL, MN – NOVEMBER 29: Luke Kunin #19 of the Minnesota Wild celebrates his goal against the Ottawa Senators during the game at the Xcel Energy Center on November 29, 2019, in Saint Paul, Minnesota. (Photo by Bruce Kluckhohn/NHLI via Getty Images)

After Christmas, the Minnesota Wild play 16 of their next 20 at home. Nothing would energize the fanbase more than continuing their excellent play, which started last month, for this massive homestand. With the terrible play at home combined with the disappointing end to last season, there wasn’t much excitement to go to games in St. Paul, other than cheap tickets. If the Wild can continue playing a good, strong game, the fans will return to Xcel Energy Center in droves. 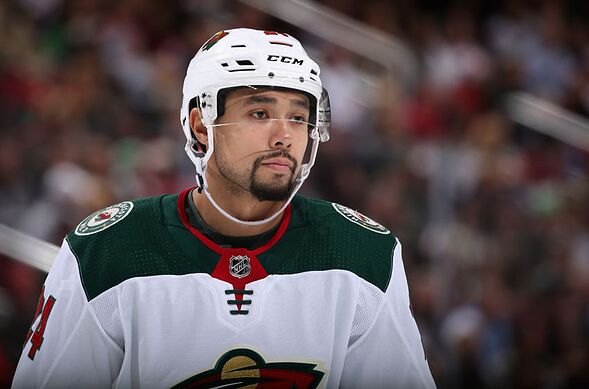 GLENDALE, ARIZONA – DECEMBER 19: Matt Dumba #24 of the Minnesota Wild during the third period of the NHL game against the Arizona Coyotes at Gila River Arena on December 19, 2019, in Glendale, Arizona. The Wild defeated the Coyotes 8-5. (Photo by Christian Petersen/Getty Images)

Perhaps no one on the Wild has had a tougher performance on the ice this season than Matt Dumba. Hoping to continue his dominant play before his season-ending injury, Dumba only has 10pts (3 G and 7A) in 38 games played.

He’s a minus 10, served 33 minutes in the penalty box (second-most on the team), and leads the defenseman with 18 giveaways. He also possesses a team-low and career-worst 45.93 Expected Goals %.

It has been extra apparent that he’s been snake-bitten recently: No goals in the last 20 games and only two assists in that same stretch. His lackluster play saw him get demoted to the third defensive pair, even while Jared Spurgeon was out.

I believe that the book is just out on Matt Dumba’s offensive ability and teams are game-planning around it, but then it’s on the Minnesota Wild to try to orchestrate new and unique situations to create opportunities for the Matt Dumba.

It’ll come around. He’s much better than the current performance suggests

Did I leave anything off the list? What do you want to see the Wild get for Christmas? New jerseys? The announcement that the Wild will be hosting an outdoor game? Let us know!