SAINT PAUL, MN - JANUARY 4: The Minnesota Wild and the Winnipeg Jets wait while a goal is reviewed during the game at the Xcel Energy Center on January 4, 2020 in Saint Paul, Minnesota. (Photo by Bruce Kluckhohn/NHLI via Getty Images)

The Minnesota Wild will host the 2021 Winter Classic! by Lake Martin

So the Minnesota Wild was awarded 2021’s Winter Classic! But who are they going to play? 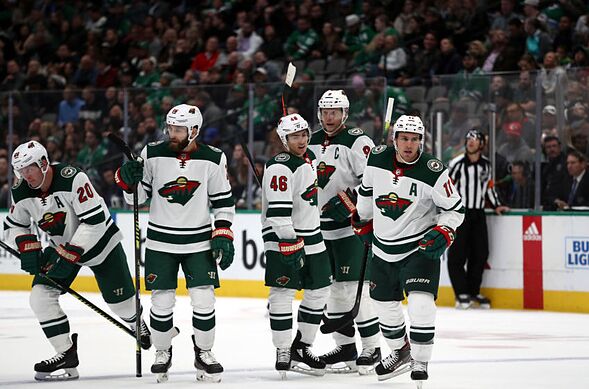 DALLAS, TEXAS – OCTOBER 29: (L-R) Ryan Suter #20 of the Minnesota Wild celebrates his goal with Jason Zucker #16, Jared Spurgeon #46, Mikko Koivu #9, and Zach Parise #11 of the Minnesota Wild against the Dallas Stars in the second period at American Airlines Center on October 29, 2019, in Dallas, Texas. (Photo by Ronald Martinez/Getty Images)

So I recently discussed what Minnesota’s Winter Classic could look like, but there’s one important thing left to determine: Who the Wild are going to play.

So I put this tweet out almost as soon as the Minnesota Wild was awarded the Winter Classic:

Who do you want the Wild to play at Twins Stadium?

So after seeing the results to the poll, I reached out to the various Site Experts and asked them “Why (insert team) Should be the team the Wild Play in the 2021 Winter Classic?” DENVER, COLORADO – DECEMBER 27: Mikko Rantanen #96 of the Colorado Avalanche skates against Jonas Brodin #25 of the Minnesota Wild at Pepsi Center on December 27, 2019, in Denver, Colorado. The Wild defeated the Avalanche 6-4. (Photo by Michael Martin/NHLI via Getty Images)

GonePuckWild: Hey! Minnesota just recently was awarded next year’s Winter Classic. From your POV, why should the Avs be the team the Wild play?

MileHighSticking: Because we hate you.

MHS: No, but put that. The Colorado Avalanche and Minnesota Wild have something of a modern-day rivalry. The two teams do not get along. The fans don’t get along. We don’t even like Michael Russo [Absurd. Russo is a certified beauty]. However, the two teams always go hard against each other. So, the Winter Classic between the two would be highly entertaining.

GPW: Oh, well thank you for the resp- 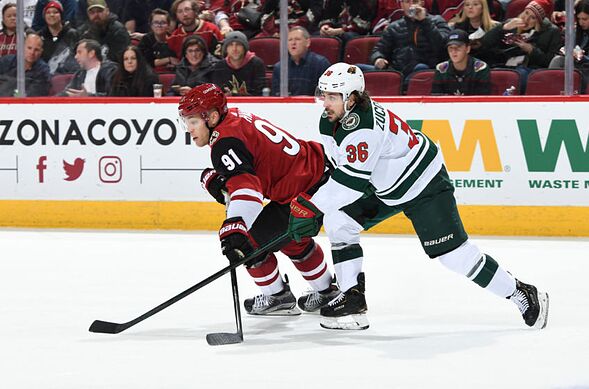 GLENDALE, ARIZONA – DECEMBER 19: Taylor Hall #91 of the Arizona Coyotes battles for a loose puck with Mats Zuccarello #36 of the Minnesota Wild at Gila River Arena on December 19, 2019, in Glendale, Arizona. (Photo by Norm Hall/NHLI via Getty Images)

One of our more popular write-ins, I asked Howlin’ Hockey why Arizona should get the honor.

GPW: Hey! Minnesota just recently was awarded next year’s Winter Classic. From your POV, why should the Yotes be the team the Wild play?

Howlin’ Hockey: The Arizona Coyotes would be a great opponent for the Wild next season. Not only would it allow two new teams to appear in a Winter Classic, but it would also introduce the Coyotes to a soon to be division rival.

HH (cont): Arizona will be moving to the Central Division, and the two teams need to get to know each other a little. Arizona is going to be good in the next couple of years. We are currently competing for a playoff spot, and have some talented players in Conor Garland and Nick Schmaltz.

HH (final): Arizona should definitely be considered in the Winter Classic next season. Who wouldn’t want to watch Darcy Kuemper face off against his former team outdoors! 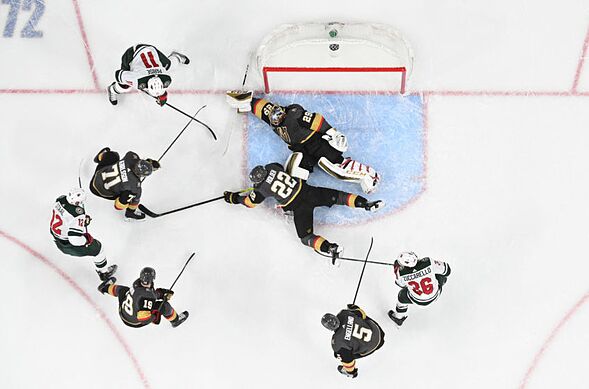 LAS VEGAS, NEVADA – DECEMBER 17: Marc-Andre Fleury #29 of the Vegas Golden Knights saves a shot during the third period against the Minnesota Wild at T-Mobile Arena on December 17, 2019, in Las Vegas, Nevada. (Photo by Al Powers/NHLI via Getty Images)

GPW: Hey! Minnesota just recently was awarded next year’s Winter Classic. From your POV, why should the Knights be the team the Wild play?

Vegas Hockey Knights: Proper pumped you guys have the next Winter Classic! Recently wrote something the other day on why the Knights should host one soon and why they should have the next one after the Wild.

VHKs: Las Vegas and the NHL have gone together like a delicious PB&J sandwich. In other words, hockey and Sin City have been a match made in heaven. It has been a perfect storm in that the Vegas Golden Knights have been ultra-competitive since entering the league in 2017, and their Stanley Cup window won’t close for a while.

VHKs (cont): As a result, that has led to a huge appetite for hockey in Vegas and that is reflected in viewership figures during the playoffs. Also, who can put on a better show than the Knights? The franchise has developed a reputation for adding some glamour and spark to pregame entertainment, and they are simply built to be involved in the NHL’s flagship regular-season event. 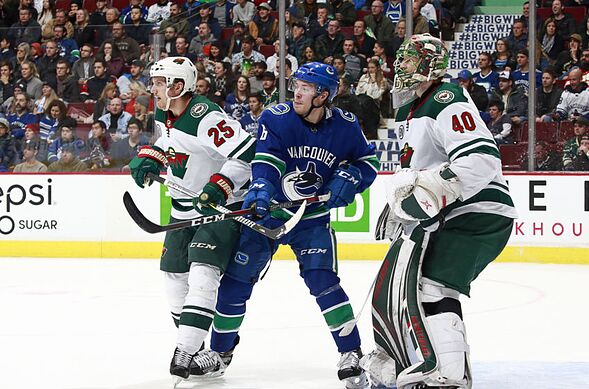 VANCOUVER, BC – DECEMBER 4: Jonas Brodin #25 of the Minnesota Wild and Brock Boeser #6 of the Vancouver Canucks stand in front of Devan Dubnyk #40 of the Minnesota Wild during their NHL game at Rogers Arena December 4, 2018, in Vancouver, British Columbia, Canada. (Photo by Jeff Vinnick/NHLI via Getty Images)”n

Finally, our third Pacific Division team rounds out the debate as to why our various FanSided and SB Nation affiliates should compete against the Minnesota Wild during next year’s Winter Classic.

GPW: Hey! Minnesota just recently was awarded next year’s Winter Classic. From your POV, why should the Canucks be the team the Wild play?

The Canuck Way: The Canucks and Wild were bitter Northwest Division rivals for most of the 2000s, but the heat really cooled off in the early stages of the 2010s. And of course, the rivalry was completely done for once the two teams were moved into opposite divisions for 2013-14 realignment.

TCW: Though the Blues, Jets, and Stars appear to be prime candidates to play Minnesota in the 2021 Winter Classic, the NHL should strongly consider the Canucks as an opponent — for a variety of reasons. Vancouver has never played in a Winter Classic, but their 2014 Heritage Classic Game against the Ottawa Senators was a massive success. The folks in British Columbia continue to clamor for another outdoor game, and for good reason.

TCW (cont): Just think about how much revenue could come in from the north of the border if Vancouver got to play Minnesota in the Winter Classic. Canuck fans travel very well, and you’d see flocks of them at Target Field. It just feels like the NHL does way too many divisional rival showdowns for these Winter Classics/outdoor games. Pitting Minnesota against a former rival would be a nice change for once.

TCW (final): I’ll be the first to say that this is an extreme long shot of happening, but the Canucks have the history, the strong fanbase and the exciting young core — including Burnsville, Minnesota native Brock Boeser — to put on a true “classic” of a winter game against Minnesota.

Huge thanks to everyone in the FanSided family for providing their input!

Wild fans, do you agree with their takes? Who else should I reach out to see if their team should play against the Wild in the 2021 Winter Classic? Leave a comment down below.